Sometimes people need a few weeks to clear out junk from a home they have inherited. Services providing dumpsters for rent make it convenient to dispose of things when there is free time. If the heirs decide to temporarily reside in this house until the project is complete, they must understand that everyday garbage should not be disposed of in the dumpster. That's mainly because household trash typically contains food scraps, and those substances cause various problems.

Food waste attracts wildlife that can get into the container, such as the following:

In some areas, bears may even be a problem. More than half of the states in the US have a bear population.

People might think that throwing food waste away is acceptable if the scraps are in a plastic trash bag closed tightly with a twist tie. Wildlife can easily chew or claw through those bags, however. Their sensitive noses may smell food even when it is wrapped in plastic. That's why throwing the remainder of an expired loaf of bread into this container is inadvisable. The same is true for a box of stale breakfast cereal.

Anything that can rot and smell bad is another problem. Meat and fish are the primary examples. However, rotting fruit and vegetables can emit an odor like sewage. Decaying food attracts flies and gnats.

You might think about restaurants and grocery stores that throw food into dumpsters, wondering why this isn't a problem. Actually, it sometimes is. Workers at these establishments must continuously manage the situation. They not only need to keep wildlife out but also keep out people dumpster diving for food. For liability reasons, businesses do not want this to become a habit.

Dumpsters used at commercial enterprises have lids, and many have locks. Nevertheless, lids can be lifted by people and certain animals. It usually doesn't work to keep the container locked all the time when employees need access.

Rental dumpsters for residential customers may not have lids and usually don't have locks. The problems connected with commercial dumpsters should not extend to residential neighborhoods.

If the customers can be sure nobody in the household is putting any food scraps in the garbage, it should be OK to throw the bags into the dumpster. They should ask a customer service representative at the rental company before doing so. These companies provide lists of prohibited items so that everybody is clear about what is acceptable. 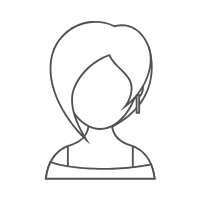 When you start thinking about how to manage every aspect of your life, things can get a little overwhelming. From managing a family to watching out for the environment, there is a lot to process. Fortunately, saving energy doesn't have to be stressful. By making the right changes, you could be able to prevent a lot of extra use, helping you to designate energy to the right places. On this website, check out great tips and tricks for reducing your energy use, so you can protect the world you love. After all, the right changes will make a big difference.

Read in about 2 Minutes